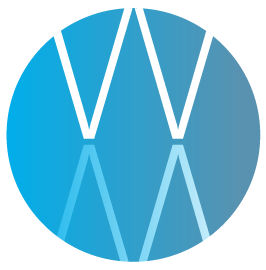 Developed in the mid-20th century, these popular, highly viscous paints, bound with an acrylic resin, provide an alternative to oil paint.  Initially water-soluble, their versality means that artists can create a range of brush marks, from ‘impasto’ to thinner washes, building up layers of paint. Due to the speed of drying, it does not allow the blending of oil but gives different possibilities

This is an etching technique which uses powdered resin dusted over the surface of the plate, which is then heated to melt the resin. The acid bites into the plate between the resin. The plate is then inked and used for printing.

A technique originally invented by Picasso and Braque who used pieces of newspaper during their Cubist phase. Nowadays artists use various different forms of media, including paper, to create a collage.

A general term used for all items of pottery including those made out of porcelain.

This is a printmaking technique which uses a sharpened stylus to scratch the service of a metal or acrylic plate to leave a raised burr. It gives a lovely soft line but only allows for a limited number of prints to be taken before the burr wears out.

This is a printmaking process which uses acid to cut into unprotected parts of a metal plate (usually, copper, zinc or steel). In traditional etching, the metal plate is covered with a waxy ground which is resistant to acid. The artist then uses a pointed etching needle to scratch their design through the wax. After the plate is dipped in acid, the acid “bites” into the metal and leaves the drawing in the wax. The wax is then cleaned away before the plate is inked and printed.

This term refers to a process of digital printing using a pigmented, ink jet printer and is distinct from laser printing or photolithography.  These prints are on archival-quality paper and are highly light-fast.  Some artists incorporate digital printing techniques into their work as it can create effects that would be difficult to replicate in other printmaking processes.  It is also a means of printing copies of an artwork, such as a watercolour, which can be signed and limited in edition by the artist

Sometimes referred to as mouth-blown glass, this is a traditional craft process of heating glass until it is molten and working it by hand

This is a relief printing process where the artist cuts away areas of the lino block that they do not want to print.  A reduction linocut uses one block, cutting away more of the image for each colour until the block cannot be used again.  Colour linocuts can also have a separate block for each colour.

Lithography was developed in the late-18th century and relies on the water-resistance of a waxy medium, such as lithographic crayon, to create a printable image on stone or zinc plates.  Artists can work freely on the plate in the manner of a drawing or painting. Multiple images can be printed from a lithographic plate.  Many 20th century artists produced unique works using lithography which are different from photo-lithographic reproductions of artworks.

When we describe the media of am artwork, the dominant medium is usually listed first.  Some artworks combine multiple media such as oil, acrylic, crayon or oil pastel and applied items.  For ease, these are sometimes described as mixed media.

A unique print that employs a ‘matrix’ such as silk screen, relief block, collage elements or other printing technique.  Sometimes more than one print can be created from the ‘matrix’ element but colours or location may vary.  Hand-colouring, gilding, or other applied techniques can also render these prints unique

This is considered a printing technique in its own right and creates a unique print, without any ‘matrix’ such as a screen or relief printing block. It is more akin to a painting since the artist applies ink to a flat printing plate by hand.  An image can be built up in several layers or just from one impression.  Since the artist does not see the final result until it is printed it is a process of experiment that can be captivating

Oil refers to the binder in the paint, which is a drying oil, usually linseed or poppy oil.  This is a slow drying medium which can be used to create thick, ‘impasto’ brush marks or thinned out in glazes.  It is distinct from paint bound with acrylic or alkyd resins.  Some gallery artists use acrylic and oil paint within the same work and these can be labelled as ‘mixed media’.

Artists have been making prints for many centuries. Although predominantly a reproductive technique for creating multiple images from a printing plate or ‘matrix’, some processes such as monotype, or individual variations of a print (monoprint) can be unique.  Many artists create prints alongside their work in other media such as painting and drawing.  The various processes for printmaking (e.g. etching, linocut, screenprint, lithography, digital print) allow for specific mark-making techniques that are only possible with printing

A screenprint frame, with fabric or synthetic mesh stretched across it forms the matrix. The non-printing areas on the fabric are blocked out by a stencil. This can be created by painting on glue or lacquer, by applying adhesive film or paper, or painting a light-sensitive resist onto the screen which is then developed as a photograph (photo-screenprint). Ink or paint is then forced through the (non-blocked areas of) open fabric with a rubber blade, known as a squeegee, onto the paper.

An artwork on three separate supports, e.g. panel, canvas, paper, intended to be displayed alongside each other as one artwork.

A water-soluble paint consisting of pigment bound in gum Arabic. Usually it lends itself to creating transparent, spontaneous colour washes on paper but can be combined with opaque body colour or gouache to create a variety of effects

Another relief process, like lino- or woodcut. Traditionally small wooden blocks of box or fruit are engraved with a burin.  These close-grained, hardwoods allow for fine line and detail that, although often associated with illustration, has been used by many artists to create artworks in their own right

Get 10% off your first order

Be the first to hear about latest news exhibitions and events.

Get 10% off your first order

Be the first to hear about latest news exhibitions and events.